Meditate on this …by Chinonso Ezuka 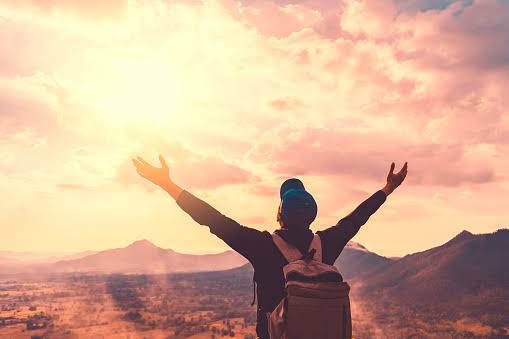 3 In the course of time Cain brought some of the fruits of the soil as an offering to the Lord.

4. And Abel also brought an offering—fat portions from some of the firstborn of his flock.The Lord looked with favor on Abel and his offering,

5 but on Cain and his offering he did not look with favor. So Cain was very angry, and his face was downcast.

6 Then the Lord said to Cain, “Why are you angry? Why is your face downcast?

Brethren, notice in verse 3 that Cain offered his sacrifice from some of the crops he had, while Abel offered his first and best animal as sacrifice to God.

When God accepted Abel’s Sacrifice alone, Cain got angry. God had to explain why he rejected his own to him

His heart was not right .

There was no HONOR in his sacrifice.

Attitudes like jealous thoughts, Malice, envy hatred had encroached into his heart.

God could see the heart of Cain already corrupted and this corrupted his sacrifice.

Our Service to God , is our sacrifice to God. Do you serve God from your heart?

God also warned him ahead of time that sin was about to overtake him and that he should be careful enough to rule over the sin .

Cain Gave deaf ears to the warning and went ahead to kill his brother.

In verse 11 God cursed him.

I pray for you today,that Sin will not overtake you in the name of Jesus Christ. Amen.

You will hear Gods warning and be careful not to fall prey to the enemy in Jesus Mighty name Amen.

And if you eventually fail , Be quick to ask for Mercy and retrace your steps

Instead of asking for Mercy, Cain accepted his punishment and lived with it for the rest of his life.

May the Lord help you to keep your heart and attitude right in Jesus name Amen.

PRAYER IS A PRIVILEGE SEE HOW …by Sis Chiamaka Nelson

FEAR IS UNDER YOUR FEET . Just read this!!! …by Sonto Ogun